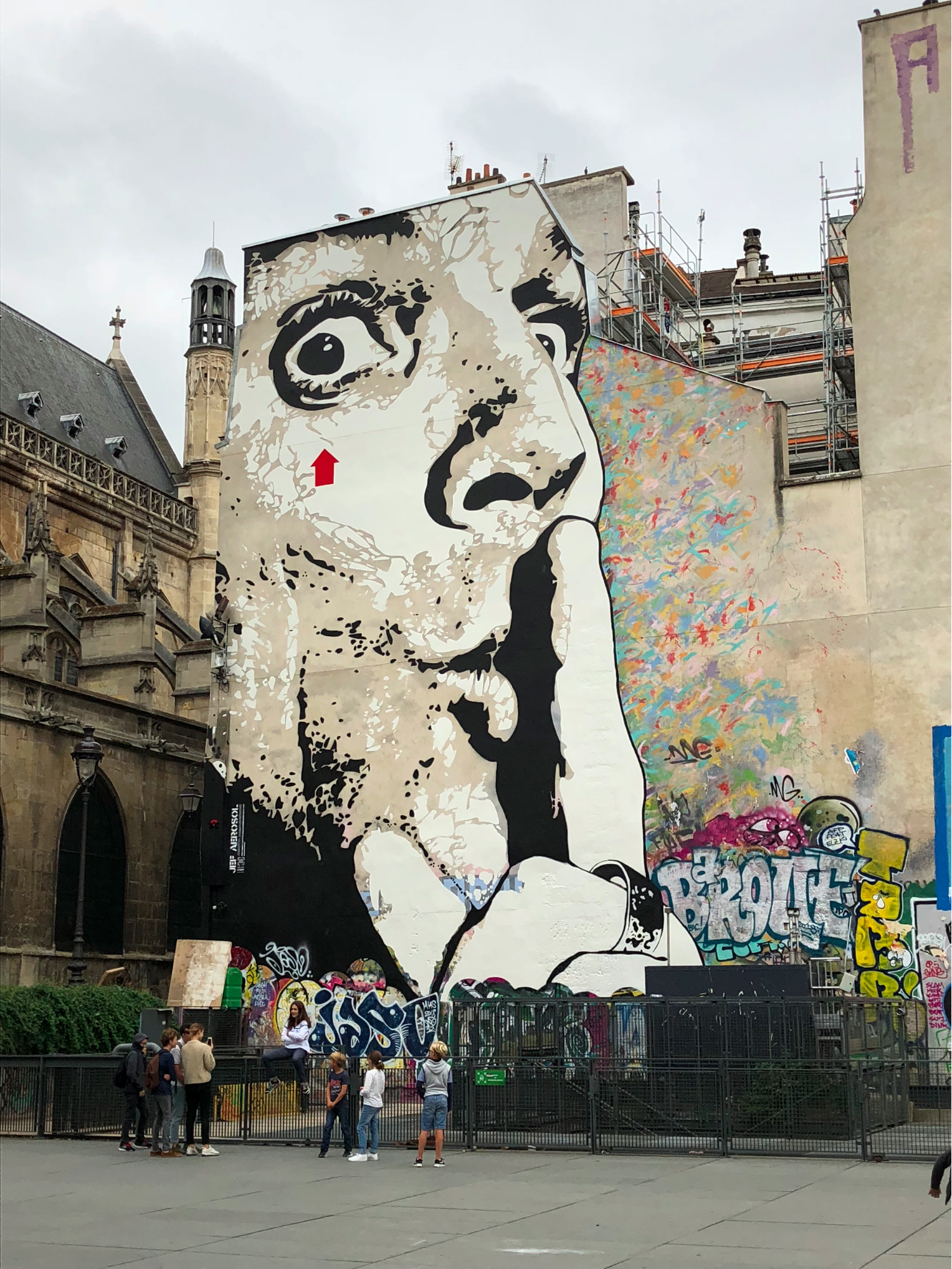 One of the most exciting aspects about moving to a foreign country is learning the language. To apply for the Harriet Hale Woolley fellowship, I studied French starting the fall before with the aid of books and informal lessons with a graduate student at the University of Colorado Boulder. As I had already studied other romantic languages like Spanish and Italian, the grammar made sense and there were some overlapping words I could understand.

Yet the hardest part was speaking. The words on the page did not match the sounds coming out of my mouth, and it was frustrating. With Spanish and Italian, you say the majority of the letters and syllables you see written. Yet with French, so much of the spoken language glides over these same letters and syllables. My American mouth had (and still has) trouble capturing the variety of vowel sounds, or expressing the consonants without a hard accent or finish.

Coming to France, I was excited. This would be the first time I would spend an extended period living in a foreign country where I was expected to speak the language. And I was also nervous. I didn’t know how much I would be able to express to get by, or if I would be stuck in perilous situations due to miscommunication.

Luckily I arrived in Paris almost exactly the same time as another guy in the program, and we embarked on our journey in France together. As we arrived at the Fondation des États-Unis, we began to experience the language gap. Moving our things in, we met the head of maintenance who promptly told us he does not speak English. Through a game of charades aided by our basic French, we were able to get across what we needed and got settled. We later met the Fondation’s housing administrator, who explained the scholarship and rent process in a flood of French. My jet-lagged brain took it in like a canoe in a tsunami, barely staying afloat with each pummeling wave.

The best part was getting our French bank accounts. The poor woman who helped me did not know we would spend an hour and a half together as I made sure I was not adding in extra fees or services. I was armed with my basic grammar and a phone to look up unknown words, and we successfully made the account. Yet during the immense amount of paperwork (which is common in France) we were still able to have a conversation about music and the arts. It was an experience that reminded me that learning a language is not just about living in a foreign country, it’s another aspect of learning how to communicate and connect with those around you.

Speaking a foreign language when you are just starting out is vulnerable. You are immediately recognized as foreign, which leads to infinite possible reactions. Some people get annoyed (another tourist, ooh la la), and others speak English in response to your French (many speak English very well). Yet in other circumstances, you are met with surprise and admiration by your attempt of communicating in their native tongue. In these situations, the French will continue to work with you and help you as you search for words or mix up the syntax. They are not mocking you, but patiently guiding you to ultimately become a better speaker.

I have continuously been inspired to work on my French by these types of interactions. I have met so many French people who are willing to practice with you and be patient with your progress. And I’ve finally gotten over the anxiety with starting a new interaction in French. It was through countless processes of being vulnerable that I am finally getting comfortable. And even though I still make many mistakes and maintain my American accent, I am met with enthusiasm for my progress and support with getting better.

A note about accents – I love them. I have met many people who are ashamed of their accents, and particularly some French who do not like their accents in English. But why? It is so charming to hear where you are from just by speaking, and gives you a depth of character and personality. I am always improving my pronunciation, but I am losing my shame that used to flare up when people would say I have an accent.

The practice of being vulnerable with language on a daily basis has led to more vulnerability in my music. It has allowed me to be ok with uncertainty, without knowing exactly how everything is going to work out. When performing pieces for the first time this year, I noticed that I was more willing to take risks then play it safe. I had learned with French that my first attempts with a new phrase or word are just the starting point, and it won’t be until many more attempts that it will integrate into my system. This has led me to finding many opportunities to play the same piece, and come back to them periodically for different experiences. It’s amazing how much progress is made (and how much faster it’s happened) once I accepted this process-based growth versus a strictly results-based approach.

And the most important lesson is that whatever you practice consistently, you will improve. With French, I notice distinctly when I have missed a few days deliberate practice. My conversations are slower and less clear, and it will take a few days to get back into the flow. This is the same with music, physical exercise, and even being mindful with my thoughts. Practicing a more compassionate mindset towards my progress has led to enthusiasm and commitment to the process. It is a lesson that I knew before, but has come alive with learning French.

I hope that you will share with me some of your stories with languages, or ideas that come from this blog. Thanks for reading, et à la prochaine fois!